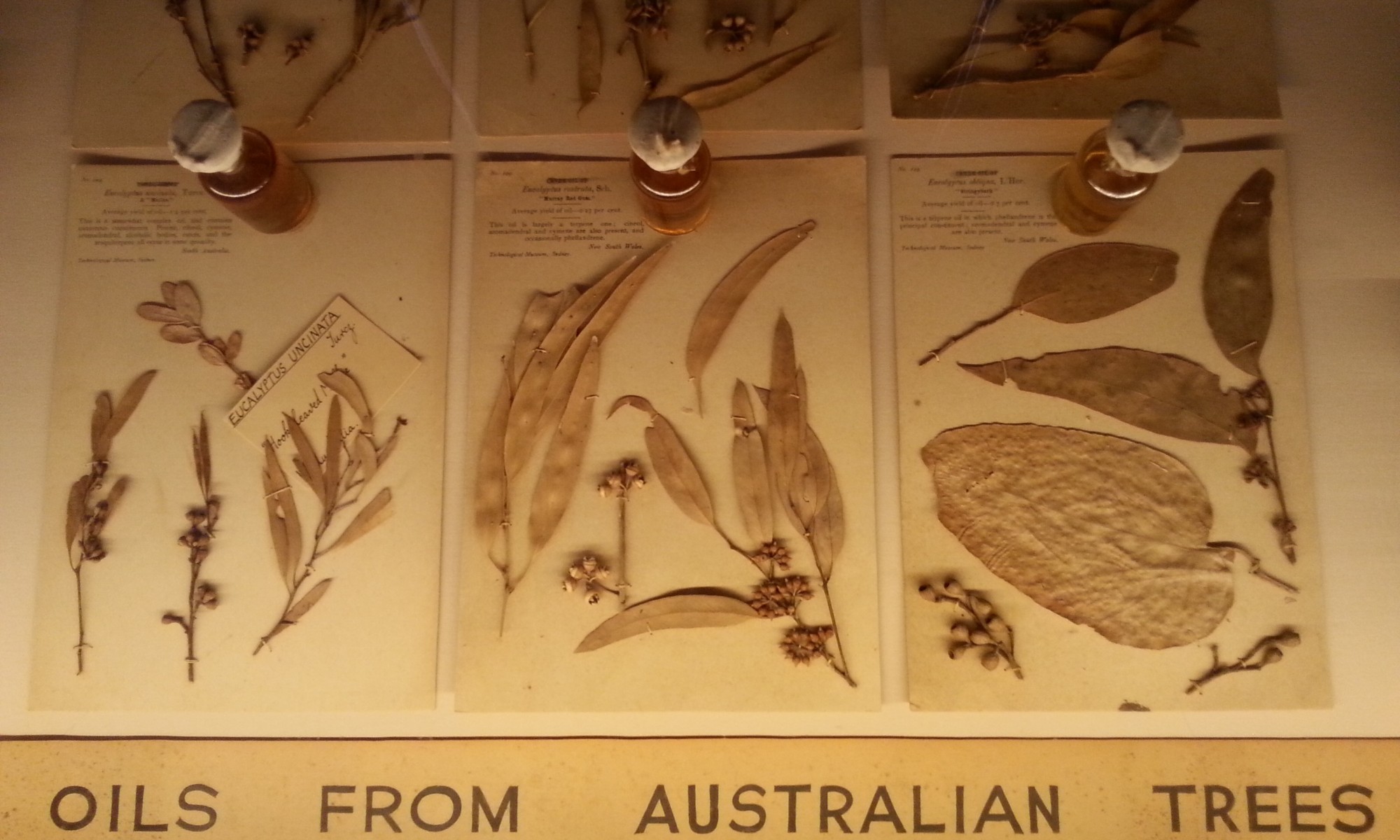 Last week, I stumbled on a rare and wondrous place: somewhere that made me gasp and sigh and made my heart beat faster.

As we traversed the Adelaide Botanic Gardens, en route to day three of a music festival on a sweltering Monday morning, our three-year-old began a screaming, sit-down protest which  looked as though it might just beat us all. With no chance of placating her,  I lead a charge into the nearest building, hoping my screaming banshee would find the nearby group of elderly tourists worse company and follow us in. The building happened to look like this: 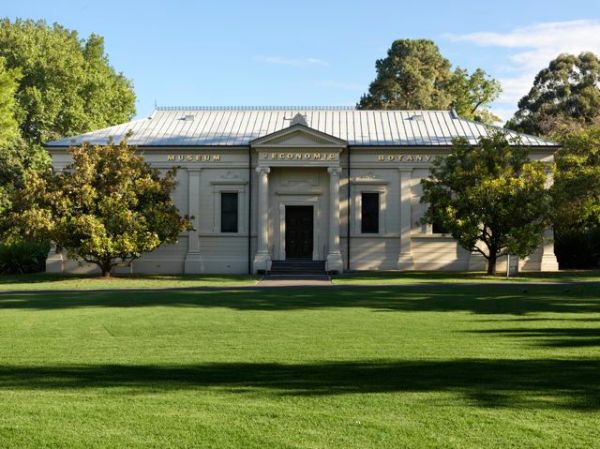 The Museum of Economic Botany. It was an intriguing name guilded on a particularly stately building with an unassuming door bearing no signs of welcome and I had no idea what would be inside. 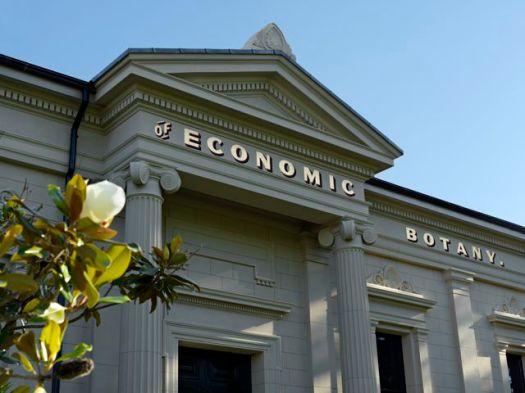 As soon as we had swished inside the heavy doors of the Museum and began drinking in the cool rarified air everyone immediately forgot their heat and hunger and ogled our accidental discovery. What a room! 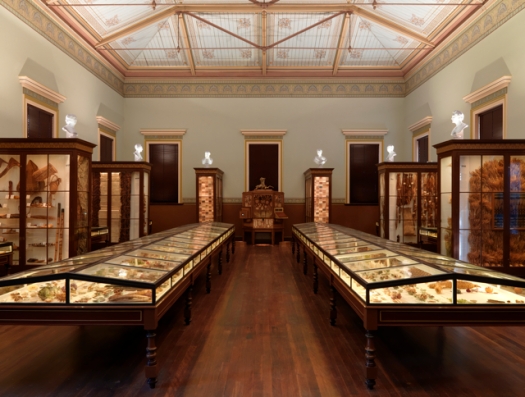 We were in a vast room filled with gorgeous glass cabinets holding treasures (and not a touch-screen in sight). Here were all the seeds, leaves, vines, and pods my excited eyeballs could take in. Even my 6 year old compadre could recognise the revelation. “Oh Mum, you must be so happy” were his actual words and he was so right.

The Museum of Economic Botany is a glorious small museum in the oldest sense. In fact it was carefully restored in 1991 and differs little from when it was created by Richard Schomburgk in 1881 as a record of ways to use various plants and thereby how to prevent waste. 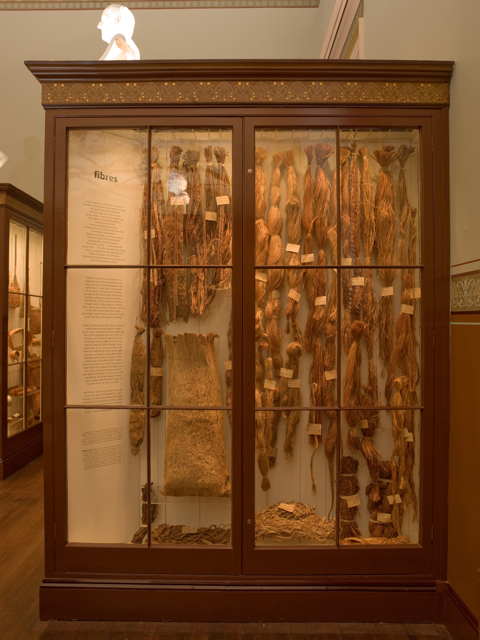 If you are a fibre nut (pun intended) your succour is weavings, baskets, fabrics, textiles, dyes, ropes, seeds, anything woven and this place will be your heaven.   I was racing from case to case taking pictures with my phone because I knew our time there couldn’t possibly be enough for me to read every label and soak in all the information. 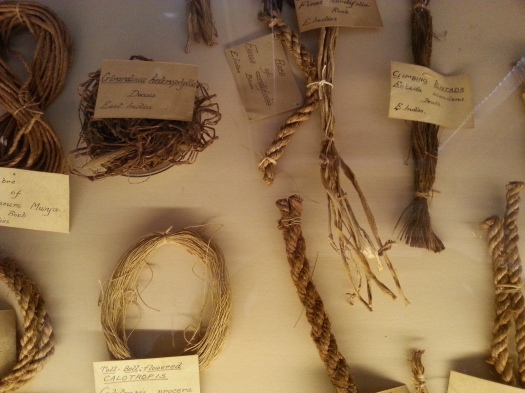 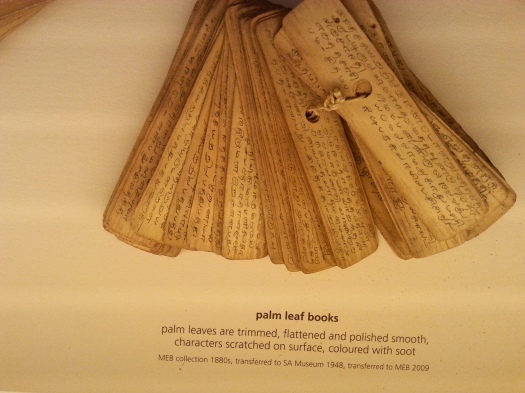 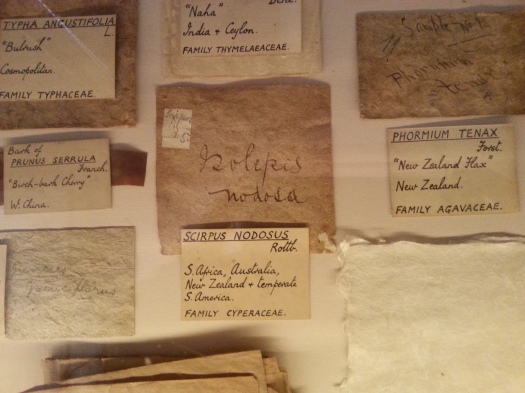 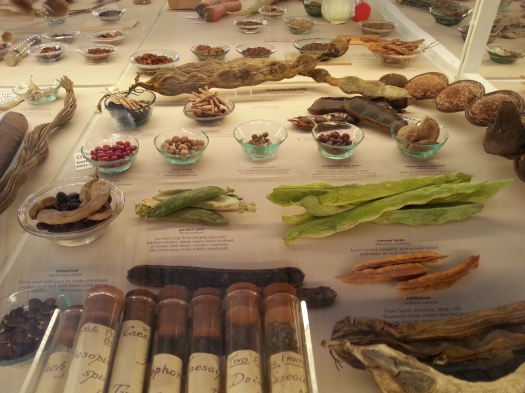 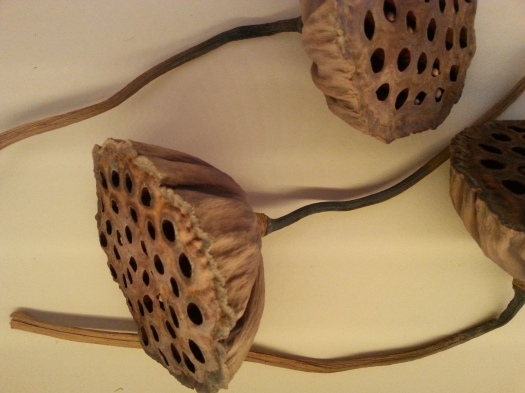 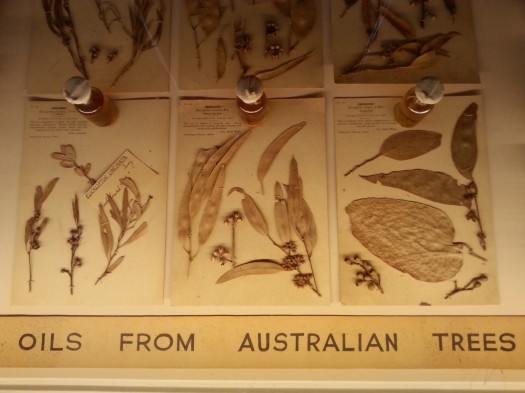 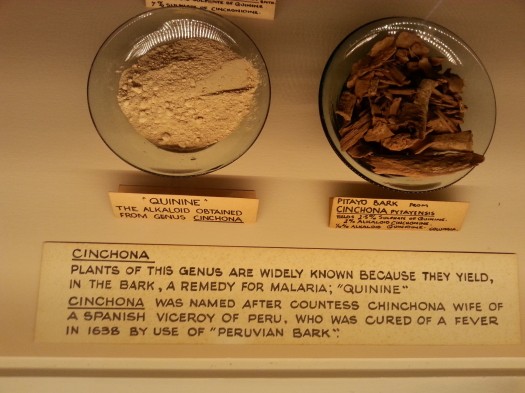 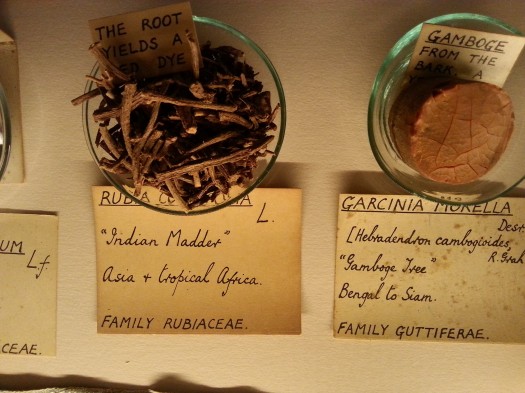 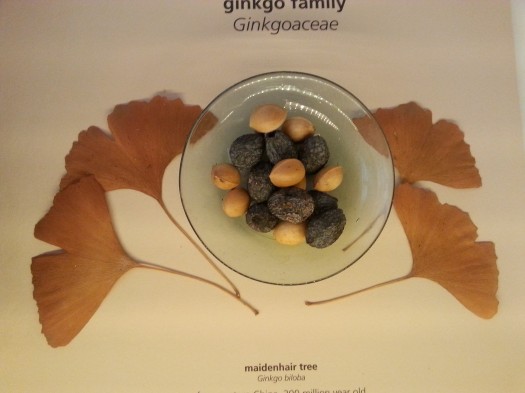 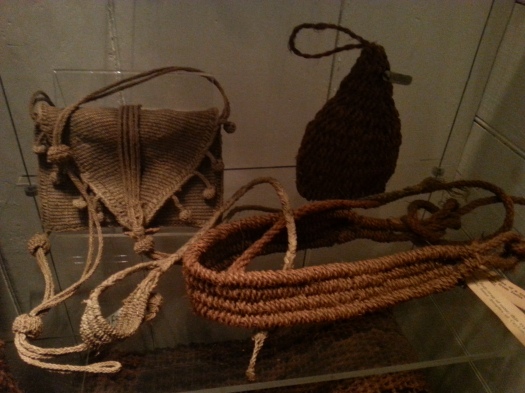 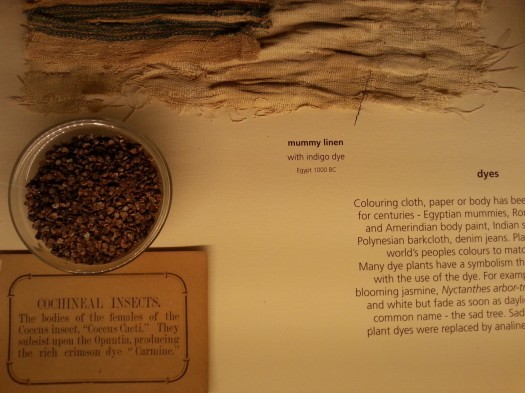 The cabinets are variously titled Palms, Fibres, Cereals, Pandanus, Aboriginal, Veddah, Barkcloth, Timbers etc. and the specimens have come from ‘every corner of the globe’. There are glass bottles and jars with tinctures, powders, dyes, medicines, oils, cases of specimens, fragments and remnants. It is beautiful. 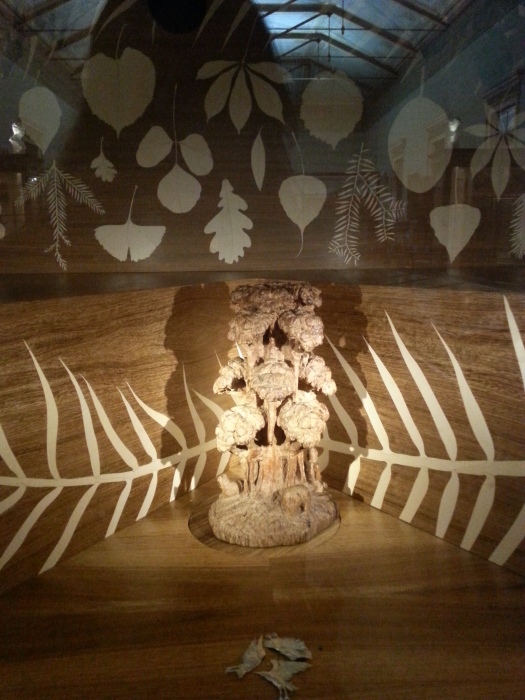 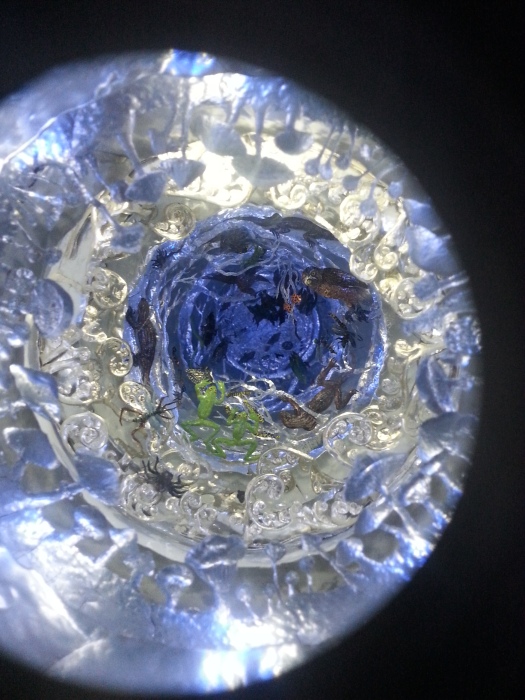 There are also mind-blowingly gorgeous old cases of labelled fruit and fungi species models all made from papier-mache. 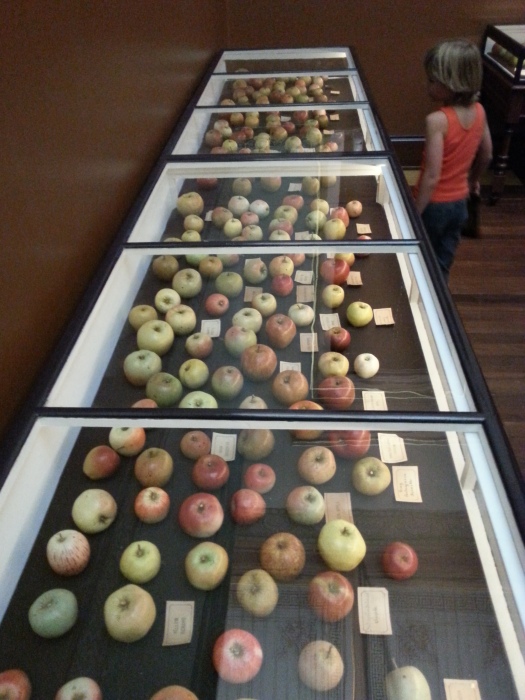 At one stage there were four Museums of Botany like this and yet now the MEB is the only one of these to survive making it even more of a treat to visit.

The term “Economic Botany” was bemusing to me at first glance but makes sense when you look at this as a place to consider our relationship with plants and the many ways we use or abuse them. Being economical with these and avoiding waste was the central message of the MEB when it was opened and it is even more relevant today as we quest to reconcile our unsustainable use of the environment in our food, clothing and shelter. It also houses some examples of indigenous plant use from around the world which sadly soon may  just be relics.

The final quarter of the room has been converted to a timber exhibition space which was showing a gorgeous series of artworks exploring the luscious shape of the exotic seed pod Coco de Mer by NSW based contemporary artist Jaques Charoux.

But we were finally propelled from the room as someone’s dreadful children began moving from piece to piece in the gallery making a gleeful pronouncements of either “boosies” or “bumcrack” and their mother turned a dark shade of beetroot. 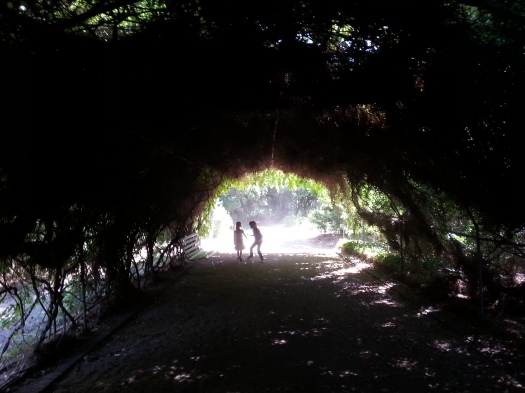 So we left  the magical Adelaide Botanic Gardens… 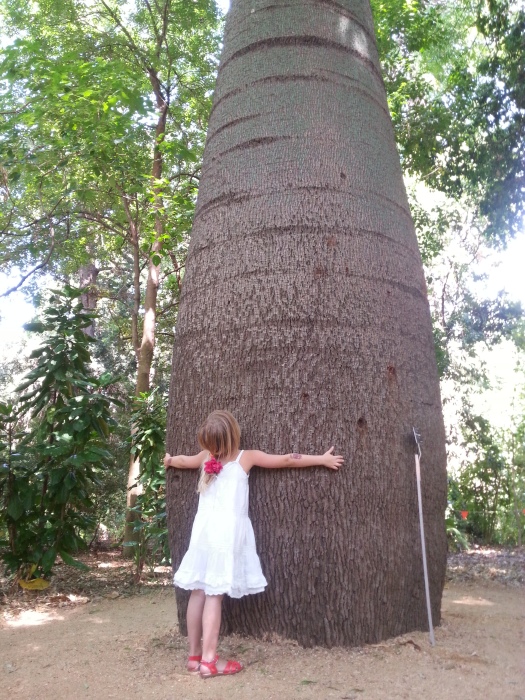 Much, much happier than when we came in.

it would be well were everyone to study how to prevent waste and make the most out of everything that comes in their way. By ‘studying economy’, as illustrated in this Museum, they may in time learn to ‘live like lords’. Albert Molineux 1881

This site uses Akismet to reduce spam. Learn how your comment data is processed.

S A L T S E A S O N Snapped this morning by one or other child, starting the year watching dolphins and collecting paper daisies for dyeing on the same spot on our Big Hill where, Mat asked me the big love question. ---- . . . This morning at 4am, with the bass still pumping through the trees from the neighbours dancefloor up-creek, Matty left to drive back south and assess fire preparations on a few places and check our animals. Friends at home have told how dark it became mid afternoon yesterday with the convergence of smoke from two fires. Their kids were confused and put on pyjamas at three o'clock. Strange days. So much fear and tension. . . Just discovered this beautiful poem which might be a salve to salt-sore heatworn worries. ‐---- . . . AT THE END OF THE YEAR The particular mind of the ocean Filling the coastline’s longing With such brief harvest Of elegant, vanishing waves Is like the mind of time Opening us shapes of days. As this year draws to its end, We give thanks for the gifts it brought And how they became inlaid within Where neither time nor tide can touch them. The days when the veil lifted And the soul could see delight; When a quiver caressed the heart In the sheer exuberance of being here. Surprises that came awake In forgotten corners of old fields Where expectation seemed to have quenched. The slow, brooding times When all was awkward And the wave in the mind Pierced every sore with salt. The darkened days that stopped The confidence of the dawn. Days when beloved faces shone brighter With light from beyond themselves; And from the granite of some secret sorrow A stream of buried tears loosened. We bless this year for all we learned, For all we loved and lost And for the quiet way it brought us Nearer to our invisible destination. JOHN O’DONOHUE . -----